The situation of children in Africa

Over 400 million children are currently living on the African continent - and the number is rising. Africa's child population will reach 1 billion by 2055, making it the largest child population among all continents.

In some African countries, such as Uganda, Angola, Mali, Niger, or the Democratic Republic of Congo, half of all inhabitants are still under 15 years old.

Growing up without a mother and father - that's the sad reality for 15 million children in sub-Saharan Africa. The disease HIV / AIDS has taken one or even both parents. They live with relatives or on the street, without a home.

More than 30 percent of children in Africa suffer from the consequences of chronic malnutrition: physical and mental development disorders affect their daily lives. They are often too small for their age, suffer from heart disease, kidney damage, and have a very weak immune system that is very difficult to ward off diarrhea or pneumonia.

Hunger, poverty, violence, and armed conflicts mean that millions of African children are fleeing - alone or with their families. War is raging in many countries of the African continent: millions of children are living in constant terror and violence.

Many children in Africa are excluded from school and contribute to the livelihood of their families instead. Experts estimate that a total of 30 million children in sub-Saharan Africa do not attend school. 54 percent of them are girls.

Africa has the largest number of child laborers; 72.1 million African children are estimated to be in child labor and 31.5 million in hazardous work.

Africa Without Orphans works to:

Approximately 35% of children are orphans or vulnerable (including almost 3% who are both orphaned and vulnerable), while 65% of children are non-OVC. These estimates do not include children living in an abusive environment, HIV-positive, or living outside family care. Many of the most vulnerable children do not live in family settings.

Burundi is one of the poorest countries in the world, with an estimated 1.7 million people in need of humanitarian assistance. Over half the population in Burundi is in a situation of chronic food insecurity and 56% of children under five years old are chronically malnourished – one of the highest rates in the world. Poverty, family conflicts, and child abuse have also pushed thousands of children to the street.

Ethiopia is a country of 110 million people located in eastern Africa. It is the most populous landlocked country in the world. With a high prevalence of HIV and over 44% of the population under 14, orphanhood is an important issue in Ethiopia. There are about 4.5 million orphans in the nation, with 85,000 HIV orphans. Orphans are primarily cared for by government-run orphanages; however, the government has started closing orphanages due to enacting the new government policy. Kinship care is a program that encourages reunification with families and domestic care by sponsoring the child with extended families.

The hardships and difficulties faced by children in Ghana include slavery and forced labor, poverty, physical and moral violence, sexual abuse, poor quality education as well as certain ancestral rites. Children living on the streets are frequent in Ghana. According to a survey about 80% of these children are between 5 and 14 years old. As young as they are, street children must find work to meet their needs.

Kenya is a country of approximately 47 million people located in the African Great Lakes Region of east Africa. Over 40% of the population in Kenya are under the age of 14.¹ There is a high prevelance rate of HIV with 1/3 of the population being orphaned due to the disease. It is estimated that there are about 1.7 - 3 million orphans in Kenya with 700 children being orphaned everyday.

Malawi is a country where HIV/AIDS runs rampant and is one of the worst nations affected by HIV/AIDS. The estimated prevalence rate for adults (15 years and older) is 14.1 compared to 6.1 for Sub-Saharan Africa. That means that the number of persons with HIV in Malawi is approximately one million. This challenge has increased the number of orphan children in Malawi below 18 years due to the high death rates of parents leaving their children behind.

Children represent a large percentage of the Rwandan population, with 40% of the population between ages 0 and 14 and a median age of 18.8. The main causes of children leaving their family homes include parents' poverty, and the death of one or both parents. Over half of children and young people experience physical, sexual, or emotional violence before age 18.

South Africa is a country where HIV/AIDS runs rampant. This, coupled with violence against women and children, makes the orphan crisis a pressing matter. It is estimated that there are 150,000 children in South Africa living in homes managed by children themselves. The government has now implemented guidelines for foster care and prevention/response to child exploitation which is a step to bring these children out of institutional care and into families.

Uganda is a landlocked country in the heart of East Africa, bordered by Kenya, South Sudan, and the Democratic Republic of the Congo, with a population of over 33 million. Since its independence from Britain, there have been periods of conflict and a lengthy civil war that has left tens of thousands dead and displaced more than a million people. Just the HIV/AIDS epidemic alone has left 1.2 million children orphaned, with a total of 2.7 million orphans. Orphans live with extended relatives, in orphanages, and on the street.

Zambian children are faced with challenges such as violence, malnutrition, imprisonment, lack of education, child marriage, and hard labor.

The Body of Christ in Zambia

Reverend Mark has been ministering to youth in the community of Msisi in Zambia over the course of the pandemic. Msisi is characterized by high levels of robbery, alcohol and drug abuse, physical and sexual abuse of women and children, prostitution, poverty, unemployment, and poor sanitation.
Read more

As the COVID pandemic continues, it has become overwhelmingly clear that the mental health of both adults and children has been deeply affected because of income loss, school closures, government lockdowns and isolation.
Read more 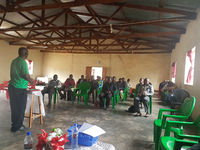 Hope in the midst of the pandemic

Local Church leaders in Malawi rediscovering the importance of positive parenting
The Covid-19 pandemic has challenged families everywhere. In the African nation of Malawi, school shutdowns have affected the normal way of life and parenting has become an issue for many households who are spending more time at home. The nation has also seen a significant increase in reports of domestic violence and teenage pregnancies. But in the middle of this hardship the local church leaders have stepped up in Malawi to provide support to families in their communities.
Read more 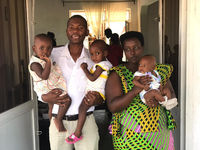 In August 2020, two small children in Burundi were orphaned after the tragic murder of their parents. The immediate family of the children was making plans to place them in a local orphanage, until they connected with the Burundi Without Orphans movement. The team explained the potential harms of institutional care and the advantages of placing the children with family. After being convinced by these explanations, the maternal grandmother agreed to take care of her grandchildren. Thanks to their timely intervention, two children were prevented from being separated from family who could provide for them!
Read more 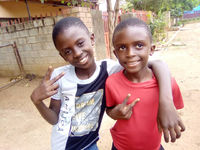 Hope for Parents and Children

Though countries around the world are in various phases of dealing with the effects of COVID-19, we continue to hear positive ways the COVID-19 Parenting Tips are making a positive impact.
Read more
1 - 5 of 31
1 2 3 4 5 ... 7 Next
j
Sign in
You have unsaved data. If you leave this page now your changes may be lost.