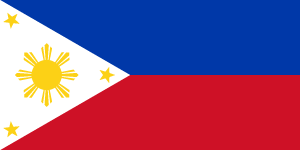 Total Population: 109 million
Total Children under the age of 18: 46 million

The Situation of Children in the Philippines

Philippines Without Orphans does this by:

We have recently been hearing more stories of impact from the first Global Forum for a World Without Orphans held in Chiang Mai, Thailand in 2016 that are encouraging us as the second WWO Global Forum approaches.  In one case, ideas, relationships and lessons learned from the 2016 Forum and Facilitation Community gatherings have been an important part of the growth of the Philippines Without Orphans movement.
Read more

Stories from the Philippines

Dear WWO Family, We thank the Lord for how He is caring for children and families in the Philippines! It has been a few years since we started, and although we try our best to do what we need to do, the reality is that He is producing results beyond our current realities. It sometimes feels like our job is to simply bear witness and tell others of the things He has done. As Proverbs 16:9 tells us: “In their hearts humans plan their course, but the Lord establishes their steps.”
Read more
1 - 2 of 2
j
Sign in
You have unsaved data. If you leave this page now your changes may be lost.