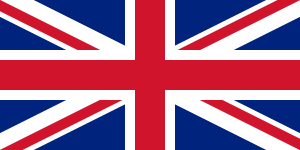 Total Population: 66 million
Total Children under the age of 18: 12 million

The situation of children in the United Kingdom

Estimated number of orphans: There are approximately 85,000 ‘looked after children in the UK – that is children that are in the care system. Many will have suffered neglect or abuse; all will experience the trauma of loss and separation.

Alternative care in the United Kingdom

National Movement
Our vision is – a home for every child who needs one. When Home for Good launched as a charity in 2014, there were 9,000 foster carers urgently needed and approximately 6,000 children waiting to be adopted – and approximately 15,000 evangelical churches in the UK! Therefore, if one family in each of these churches stepped up to foster or adopt, there would be no children waiting for a home; but, it’s not just about the families stepping up to foster or adopt. It’s also about the rest of the church wrapping around and supporting these families.

Step 2: We EQUIP people to make a difference in the lives of vulnerable children. We do this in two ways. Firstly, through pre-placement support as we journey with people stepping up to provide a home for vulnerable children from inspiration to placement. And secondly, through post-placement support as we ensure adoptive parents and foster or kinships carers are well supported as they care for children – particularly through equipping churches to support them.

Step 3: As a result, we have the credibility to influence even greater CHANGE. We do this through systemic change as we bring about change to attitudes, policy, and practices that impact looked after and adopted children and the families who care for them.

Stories from the Country

This year in the United Kingdom we have seen the launch of an ‘All Party Parliamentary Group’ looking at adoption and permanence. Home for Good is providing the secretariat for the Group along with AdoptionUK. We have just finished our first inquiry into England’s Adoption Support Fund. We hope that the result of our efforts funding will be continued before 2020 and the fund will be improved.

As part of the Archbishop of Canterbury’s global prayer focus, “Thy Kingdom Come”, our founding director, Krish Kandiah, was asked to make a short film (at the bottom of this page) that communicates how understanding our adoption in God’s family unlocks the mystery and meaning of The Lord’s Prayer.

Home for Good produces resources that churches can use on Mother’s Day and Father’s Day to put vulnerable children and the need for more foster carers and adoptive parents onto their agenda. Here’s the film called “Father God” produced for Father’s Day 2019:

Last year, Home for Good was invited by the ReThink Orphanages European Hub to take on the role of Faith Liaison in order to better understand the role of Christians in the UK supporting orphanages overseas, and then bring about behavior change.  The Homecoming Project has now been launched to inspire and equip individual Christians and churches throughout the UK to promote family-based care for children around the world.