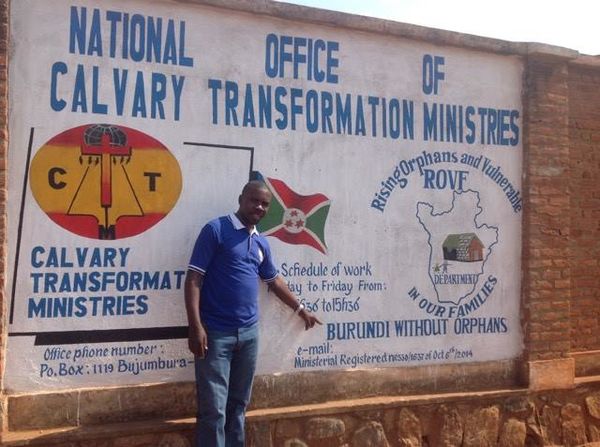 It is with shared joy that I testify of God’s work that I witnessed during the Burundi Without Orphans Summit, where a vision was cast to mobilize and engage leaders to dream for the nation’s children to be able to grow up in safe and nurturing families. Our deepest prayers were that God would eliminate orphanhood for the present and coming generations in the name of Jesus Christ.

Burundi is a small East African country of 27,830 km2 that has experienced decades of war which have destroyed thousands of families. , Over 1.2 million people have been displaced and over 84% of the population are living in poverty. This nation’s orphan challenge is that 680,000  children are fatherless and over 120,000  are orphaned due to HIV/AIDs. During the war, many children were recruited by rebel groups to carry ammunition and carry out killings. Thousands ended up on the streets after the wars and have given birth to other children who know no home but the streets.

The response to Burundi’s orphan crisis saw many orphanages established to receive orphans. These institutions were not only seen a form of religious duty for caring for orphans and vulnerable children but also as a necessity by social workers, philanthropists and NGOs. With one of the worst infant mortality rates in Africa, Burundi needs a full scale multi-sector intervention to ensure that every child grows up in a safe and nurturing family.

Through the help of UNICEF and Parliament advocacy, Burundi  launched a National Plan of Action for Orphans and Vulnerable Children and established the National Children’s Forum.

It is against this background that the Burundi Without Orphans movement hosted a Summit to launch collaborative activities and mobilize the church,government, businesses and NGOs to dream for a Burundi without orphans. Together these sectors will examine how the family unit can be rebuilt to ensure every child grows up in a safe, nurturing and loving family and for every child to know his or her Heavenly Father.

500 leaders converged at a Missionary Centre in the capital, Bujumbura, to pray, reflect and plan together for a Burundi Without Orphans. These included church leaders from Anglican, Baptist, Pentecostal and Catholic denominations who were joined by government leaders, business people and officials from Non-governmental and faith based organizations.

It was notable that the Minister for Gender and Minister for Internal Affairs were in attendance, as well as commissioners from these two ministries. The Mayor of Bujumbura was also represented.

Birth of the Movement

Under the leadership of Pastor Enock Hatundimana; God has blessed Burundi with a rising movement to unite leaders from different spheres and tribal backgrounds.
Regional committees were formed with pastors and other key leaders who will play roles of mobilizing and  building a community of advocates for orphaned and vulnerable children.
Pastor Enock has benefited from the regional coaching program of leaders in the East Africa movement, and as a result a team of leaders has been mobilized to steer the vision of a Burundi without orphans.