help a child in ukraine today Thank you for supporting the people of Ukraine through our ministry partners like Mykola Kuleba. In this interview on April 8, Mykola shared about some of the thousands of Ukrainians his team has helped to rescue with your support.

Mykola has been an advocate for vulnerable children and an important part of God’s work in his country for years. Back in 2008, in a gathering of a few Christian leaders and pastors in Kyiv, Mykola prayed, “Lord, I want to live in a Ukraine without orphans.” The prayer captured God’s heart for children and became the vision for a movement, first in Ukraine and then throughout the world, for every child to be cared for in a safe and loving family and to know their heavenly Father. It was the seed from which World Without Orphans grew.

From 2014 to 2021, Mykola served as the Minister of Children's Rights in Ukraine. Now he is coordinating a large-scale evacuation effort to help orphans, children with disabilities, and vulnerable families escape from war hotspots to western Ukraine and abroad. As of today, he and his team have evacuated over 23,500 adults and children. Of those, more than 1,200 are vulnerable children from institutions.

Thank you for your generous support. Your prayers and giving are making a difference for children like 6-year-old Nastya and her grandmother (pictured below) who Mykola and his team rescued on April 5. 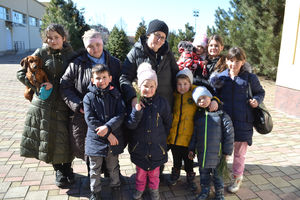 Two years ago, Nataliya and her husband Andrii were led to adopt four young children from a Ukrainian orphanage. Already the parents of five other children, they quickly...
Read more Spiritual and Physical Battles in Ukraine

It’s now been 6 long weeks since the start of Russia’s full-scale invasion of Ukraine, and as atrocities committed against civilians come to light in towns near Kyiv, we...
Read more 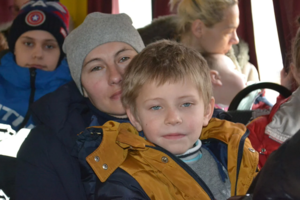 The Gift of a Safe Place to Sleep

Over the past five weeks, cities in western Ukraine have sheltered millions of refugees who have been forced to flee their homes since the invasion began. According to the...
Read more 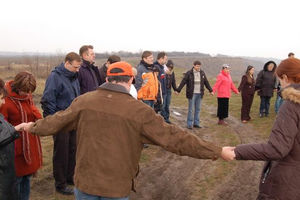 Mariupol, a Ukrainian port city that most Westerners had never heard of a month ago, is now known worldwide as a war-ravaged place of immense suffering and widespread destruction....
Read more 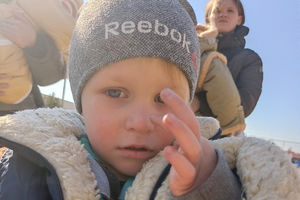 “It's the 10th day of this unjust brutal war, and yet it already feels like 10 years. I've lost the sense of time.” These are the words of Tetiana, Director of the NGO...
Read more
1 - 5 of 7
1 2 Next
j
Sign in
You have unsaved data. If you leave this page now your changes may be lost.