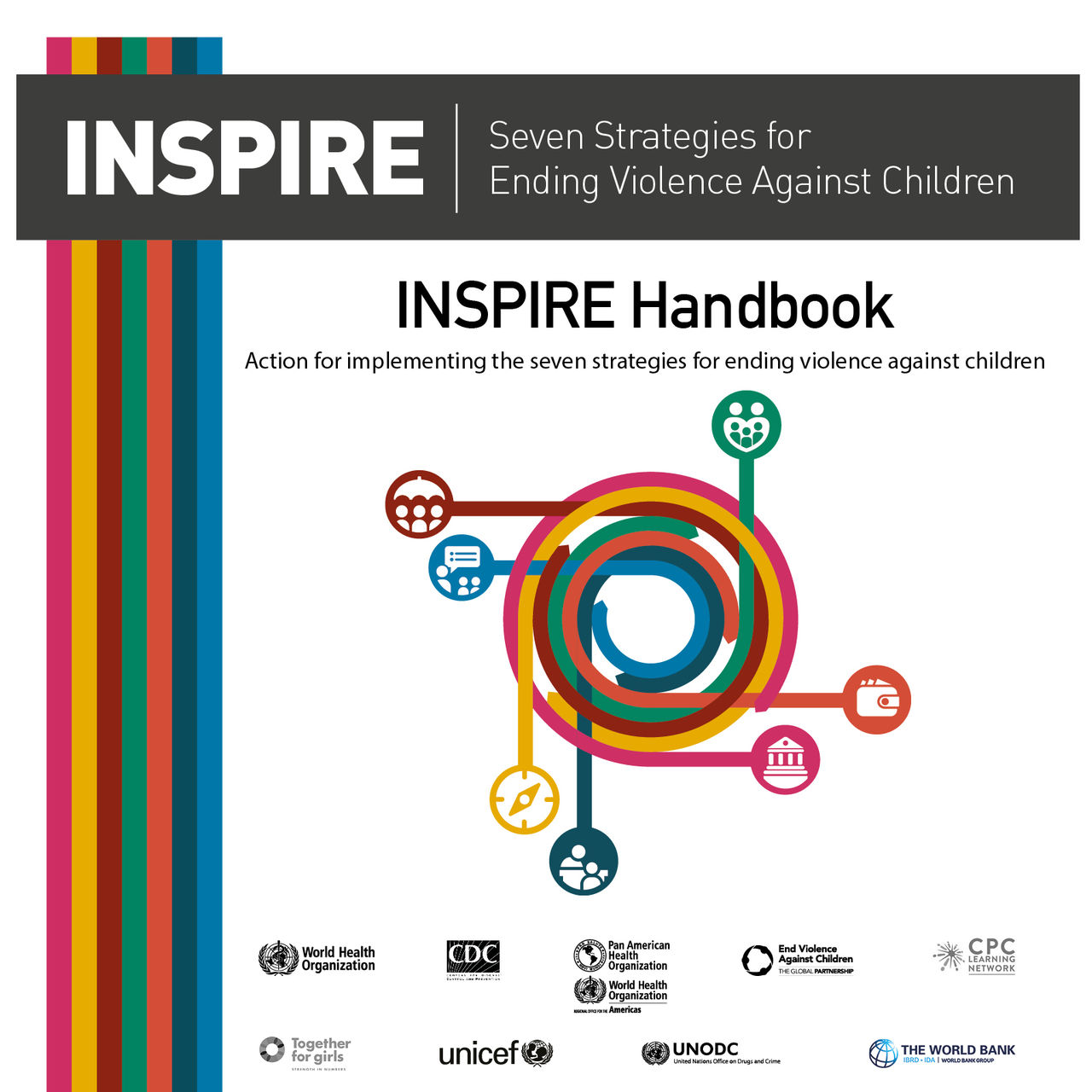 New handbook, indicators and request for proposals issued for ending violence against children

Geneva / 12 July 2018: Today WHO and partners release the INSPIRE handbook: action for implementing the seven strategies for ending violence against children, a guide to putting in place a select group of measures to prevent violence against children. Also today, UNICEF and partners launch the INSPIRE indicator guidance and results framework, a companion document designed to help monitor progress and track changes over time as the INSPIRE strategies are implemented.

Of note, the launch today of the Handbook and the Indicators Guide is accompanied by a FUNDING announcement, which will support small grants of $5,000 to $30,000 for efforts to expand communications and training for national leaders of efforts to protect vulnerable children and to strengthen their families."

The strategies will advance efforts to achieve Sustainable Development Goal target 16.2 to end all forms of violence against children. They are based on the best available evidence of what works, and include:

The new handbook, targeted towards policy-makers, practitioners and advocates, provides detailed information on how to select interventions that are best suited to national and local contexts, and how to implement the interventions and the package as a whole. Its guidance is relevant for all sectors whose work impacts on children, in particular the education, criminal justice, health and social welfare sectors.

The indicator guidance includes a set of core indicators and information about how to define and measure them. The indicators are designed to be used side-by-side with the programming guidance for each strategy included in the implementation handbook.

The INSPIRE Working Group, an informal network of some 100 agencies committed to implementing INSPIRE-related programmes, has also launched a call for proposals to support INSPIRE awareness-raising and engagement activities in low- and middle-income countries. Funding is made possible by the New Venture Fund and Ignite Philanthropy: Inspiring the End to Violence Against Girls and Boys.

Globally, it is estimated that up to 1 billion children aged 2-17 years are subject to physical, sexual or emotional violence each year. For many of them, violence leads to severe, lifelong health and mental health consequences. Exposure to violence at an early age can impair brain development and propel victims to engage in risk behaviours such as smoking, alcohol and drug abuse, and unsafe sexual practices. Children who experience violence are also more likely to attempt suicide and endure a range of illnesses later in life, including anxiety, depression, heart and lung disease and HIV. At a societal level, violence places a massive burden on national economies, costing countries billions of US dollars each year in health care, law enforcement and lost productivity.

The INSPIRE handbook that provides everyone committed to ending violence against children with the best possible information on how to implement the INSPIRE strategies and interventions. Representatives of WHO and eight core partner agencies note in the foreword that: “The more we work together to implement the interventions described within it, and to measure the effectiveness of new interventions, the greater the number of children that will enjoy lives free from violence.” 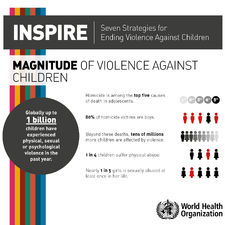 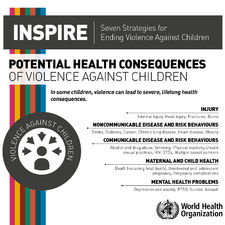 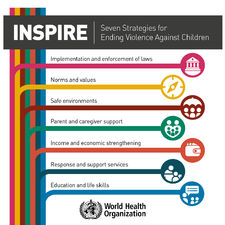 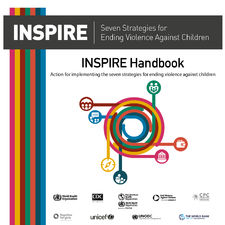