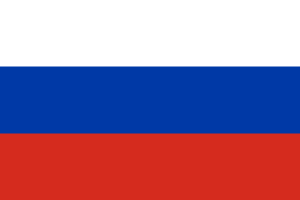 Total Population: 145 million
Total Children under the age of 18: 28 million

Russia is the largest country geographically and has a population of 145 million. Orphan estimates range between 400,000 to 1 million orphans, with some orphans living in institutions and others in family care ranging from guardianship to adoption.

The situation of children in Russia

To help prevent orphanhood and child neglect and abuse and to assist families in difficulty, a network of social work and care service organizations was established throughout Russia. The role of non-governmental, non-profit organizations (NGOs) in providing services to vulnerable families and children has increased significantly in recent years. Family placement for children has increased, and institutionalization of children left without parental care has declined. 81% of children identified as deprived of parental care are placed in family care each year. 30% of all children with disabilities are in state orphanages, while 95% of all orphaned children have at least one living parent.

Russia Without Orphans was launched in April 2012 at a conference with 450 delegates from 38 regions of the Russian Federation, plus speakers and special guests. The movement is continuing to grow and thrive. Since Russia is so large geographically, RWO is currently focusing on strengthening Without Orphans movements in regions around Russia and raising regional coordinators.

To learn more about Russia Without Orphans, visit or contact http://rossiabezsirot.ru